Adam Schiff: will the Democratic star of Trump's impeachment trial be California's next top cop? 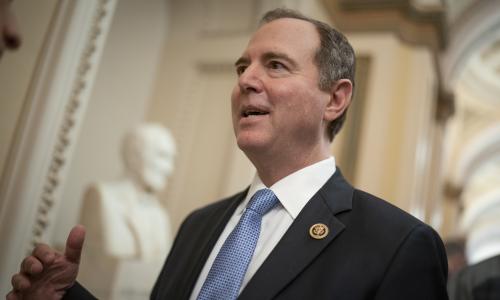 As the lead prosecutor in Donald Trump’s first impeachment trial, Adam Schiff, the representative from southern California, became a household name, an icon of the anti-Trump resistance, and a rising star in the Democratic party.

A year on, the congressman looks increasingly well positioned to be appointed as California’s next attorney general. But in Schiff’s home district, criminal justice and immigrant rights advocates say that his record as state senator and congressman, authoring legislation to increase the criminalization and incarceration of Black and brown Californians, should disqualify him from holding the position.

“There’s this real disconnect,” said Jody Armour, a University of Southern California law professor who studies the intersection of race and legal decision making. “The country knows Schiff as sort of an icon. Here in California, we know him as someone who was, in many ways, one of the chief architects of mass incarceration.”

Schiff has reportedly been lobbying Governor Gavin Newsom for the attorney general spot that will open up if the US Senate confirms Xavier Becerra as the health and human services secretary later this week. The House speaker, Nancy Pelosi, has given her blessings, and reportedly even a personal endorsement.