Russia worked to damage Biden in 2020 election, US intelligence report finds – as it happened 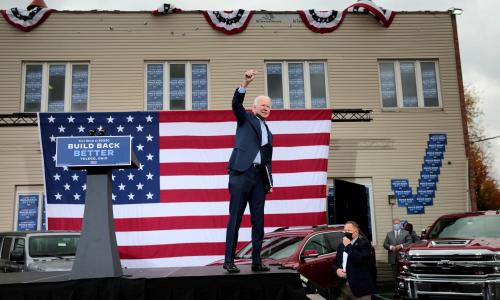 The district attorney investigating whether the former US president Donald Trump illegally interfered with Georgia’s 2020 election has hired an outside lawyer who is a national authority on racketeering, a source familiar with the matter told Reuters.

Fulton county district attorney Fani Willis has enlisted the help of Atlanta lawyer John Floyd, who wrote a national guide on prosecuting state racketeering cases. Floyd was hired recently to “provide help as needed” on matters involving racketeering, including the Trump investigation and other cases, said the source, who has direct knowledge of the situation.

The move bolsters the team investigating Trump as Willis prepares to issue subpoenas for evidence on whether the former president and his allies broke the law in their campaign to pressure state officials to reverse his Georgia election loss.

Willis has said that her office would examine potential charges including “solicitation of election fraud, the making of false statements to state and local governmental bodies, conspiracy, racketeering” among other possible violations.

A representative for Trump did not respond to requests for comment.

Floyd’s appointment signals that racketeering could feature prominently in the investigation. It’s an area of law where Willis has extensive experience - including a high-profile Atlanta case where she won racketeering convictions of 11 public educators for a scheme to cheat on standardized tests.

The investigation of Trump focuses in part on his phone call to Georgia’s secretary of state, asking the secretary to “find” the votes needed to overturn Trump*s election loss, based on false voter-fraud claims.

Floyd declined to comment when asked about the appointment but spoke to Reuters about his past experiences working with Willis.

While racketeering is typically pursued by prosecutors in cases involving such crimes as murder, kidnapping, and bribery, the Georgia statute defines racketeering more broadly to include false statements made to state officials.