Trevor Noah: Cuomo is 'the only person who wishes it was still 2020' 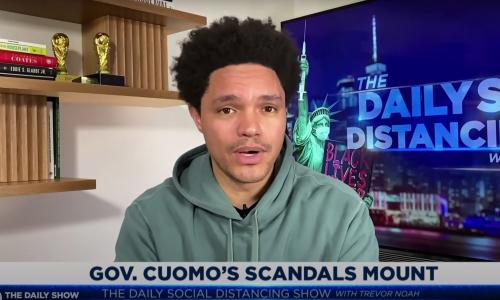 The New York governor, Andrew Cuomo, is “the only person who wishes it was still 2020”, joked Trevor Noah on Monday’s Daily Show, as more and more high-profile Democrats called for his resignation following accusations of sexual harassment and bullying. Seven women have now publicly accused Cuomo of sexual harassment ranging from unwanted advances to alleged groping; several investigative features have outlined a toxic culture of bullying at the governor’s office.